Fertility and prenatal supplements: Are they needed?

A prenatal supplement regime is more than just taking folic acid. Read on to find out the key nutrients you body needs more of when trying ot conceive. 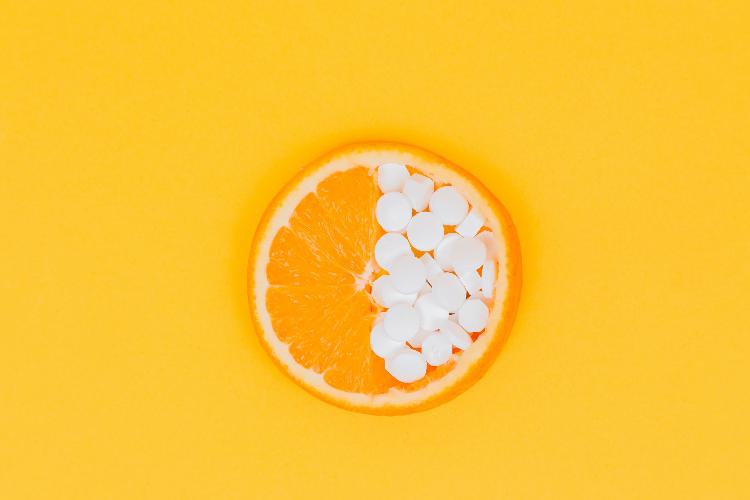 So, you are planning on getting pregnant or maybe you have recently found out that you’re pregnant.  BUT the internet is rife with information that is actually getting quite overwhelming.  What should you eat? Does diet really play a role in fertility? Is a pregnancy supplement important or is it just a marketing hype?  Read on to get some clarity.

First things first, why are diet and lifestyle important for pregnancy?  Simply put, if you are thinking of conceiving, even if you don’t have fertility problems, optimising your diet can help shape your baby’s future through the power of epigenetics.  This is a term used to describe how the expression of genes can be influenced by environmental factors, one of them being nutrition.  A person’s genetic profile is determined from a month before a woman is pregnant up to a child’s second birthday and so by optimising your nutrition during this period, there is the potential to modify health outcomes for your future baby.  A process called methylation switches the expression of these genes on or off, rather like a light switch.  These genes will have the capacity to impact the development of the brain, the immune system and overall health in addition to your grand-child’s health (if you have a female- this is because all of a woman’s eggs for her whole lifetime are produced whilst she is still in the womb!).

Furthermore, a balanced and nutritious diet whilst pregnant has been shown to influence brain development and a healthy birth weight, in addition to decreasing the risk of various birth defects.  Nutrition may also play a role in reducing the risk of pregnancy symptoms that we definitely want to avoid such as fatigue and morning sickness.

Now, when it comes to a supplement, generally speaking I will always support people to make their diet well-balanced and nourishing to ensure that they are getting all the nutrients they need before, during and after pregnancy.  However, I would also recommend a good-quality pregnancy multivitamin and mineral supplement to ensure that they are creating an ideal environment in which a healthy baby can grow.   Furthermore, emerging research suggest that the benefits of a pregnancy supplement extend to improving ovulation, egg quality, egg maturation, fertilisation and implantation of the egg into the uterus. If you are actively planning for a baby, then ideally you would start making those changes and adding a supplement 3-6 months before conceiving. However, we all know that not all pregnancies are planned or perhaps you get pregnant quicker than expected- in this case, just start a pregnancy supplement as soon as possible.

So, what are some of the most important nutrients to consider when taking a pregnancy supplement and why are they so important? Read on to find out!

There are a range of ‘B’ vitamins, some of which have a strong evidence base for their use in pregnancy and also pre-conception.  One of these is the commonly known folic acid.  As a bare minimum, every woman should be including a supplement that contains at least 400micrograms of folic acid.  Inadequate levels of folate is one of the principal reasons behind unsuccessful pregnancies. This nutrient is involved in cell division and the production of DNA- which are both vital functions in the early development of the foetus. In addition, there is strong research to support the premise that supplementing with folic acid pre and during pregnancy significantly helps in reducing the risk of neural tube defects (NTD); this is a structure which is formed early on in pregnancy and later goes on to form the brain and the spinal cord.

Another vitamin- vitamin B6- works with range of enzymes which play important metabolic roles within the body.  There is some emerging evidence that it can help with morning sickness treatment in early pregnancy.  Furthermore, it is thought to play a role in improving fertility, increasing the likelihood of conceiving and reducing the risk of miscarriage. It is also thought that supplementing with B6 may improve cervical mucus levels.  Cervical mucus is key in fertility as it aids the survival of sperm in the woman’s vagina.

Another B vitamin to look out for is Niacin (Vitamin B3).  This vitamin has been shown to have an effect on brain development, in addition to reducing miscarriage risk in early pregnancy.  There are some studies which has shown that it may also help in reducing nausea during pregnancy.

So, this is the new kid on the block.  Not much was known about it in terms of its role it plays in fertility until recent years.  Emerging evidence suggests that is vital for brain development and that inadequate amounts during pregnancy can have a negative influence on developmental milestones later in life.  Furthermore, the findings from some studies have indicated that it may also play a role in the prevention of NTDs.

Iodine has several importance roles throughout pregnancy.  Studies have shown that deficiency can lead to several negative consequences in the child later on in life such as stunted growth, development delays and reduced intellect- it is in fact the principle cause of preventable cognitive disability in children worldwide.  Even a mild deficiency may be linked to lower levels of intelligence in children.  Furthermore, since iodine is a key nutrient for the development of thyroid hormones, if a woman is deficient in it during pregnancy  it can lead to a mother’s thyroid not working properly which can subsequently negatively impact the foetus’ nervous system.

Studies have shown that during pregnancy, a woman’s iron requirements are increased due to her body needing an extra supply to make more blood in order to provide sufficient oxygen to the growing foetus.  Research has shown that a woman’s blood volume during pregnancy increases by 50%.  Consequently, an inadequate intake of iron can lead to low birth weight, in addition to motor and mental function developmental delays

Many cells in our bodies have receptors for vitamin D, including those of our reproductive systems and so it has been hypothesised that vitamin D levels may influence fertility.  Some studies have shown higher rates of pregnancy when vitamin D levels are optimised, whilst inadequate levels have been associated with high blood pressure during pregnancy (a term known as pre-eclampsia), in addition to increasing the risk of preterm labour.

When it comes to this vitamin, there is some good evidence surrounding its use and benefits in increasing the lining of the endometrium in preparation for implantation.  When trying to conceive, having an endometrium lining that is not too thick, nor too thin permits successful embryo implantation and optimises the chance for a healthy, full-term pregnancy.

Some studies have shown that supplementing with vitamin E in patients with unexplained infertility improves implantation rates- the reasons behind this may be due to the antioxidant or anticoagulant effects of vitamin E.  Anticoagulant activity may play a role in increasing the blood supply to the follicles which may in turn increase estrogen production and so help to support a healthy endometrium. The antioxidant activity may lead to a reduction in oxidative stress which again, can help to optimise the endometrial environment.

This is an essential mineral that is needed in our bodies in small amounts.  Animal studies suggest it has a role in egg development and preventing early pregnancy loss. Furthermore, some studies do show that it helps to prevent pregnancy complications.  A study looking at pregnant women showed that those who had lower levels took longer to conceive and had higher levels of subfertility.  It is hypothesised that adequate selenium levels in the follicular fluid which surrounds the egg may also influence fertility- this is because some studies have shown that women with unexplained fertility undergoing IVF had a reduced amount of selenium in their follicular fluid.

Zinc works with a lot of enzymes which are important for growth and pregnancy and also for semen health.   Although most of the evidence surrounding zinc for fertility centres around sperm health, there is some evidence to suggest that in women, it plays a role in hormone regulation, ovarian reserve and also has antioxidant activity in the follicular fluid.  Furthermore, zinc is a building block for new cells and since pregnancy is a period when there is a rapid development of new cells, it is important for the woman to have adequate stores to support this high level of cell turnover.

And there you have some of the top key nutrients to look out for when choosing a pregnancy supplement.  However, it is important to note that when taking supplements, more is not always better.  Always double check with your healthcare provider if a certain supplement is ok for you to take in case you have an underlying medical issue which can mean that certain supplements are incompatible with your condition.  Additionally, if you are taking several different supplements, make sure you check the ingredients and the dosages so that you avoid double dosing.  If you feel that you would benefit from a 1:1 consultation to help you tailor your supplement regime just for you, do not hesitate to reach out for a FREE discovery call.