Cancer and diet series: Part 4- the link between breast cancer and soy products

Part 4 of a 5-part cancer and nutrition series. 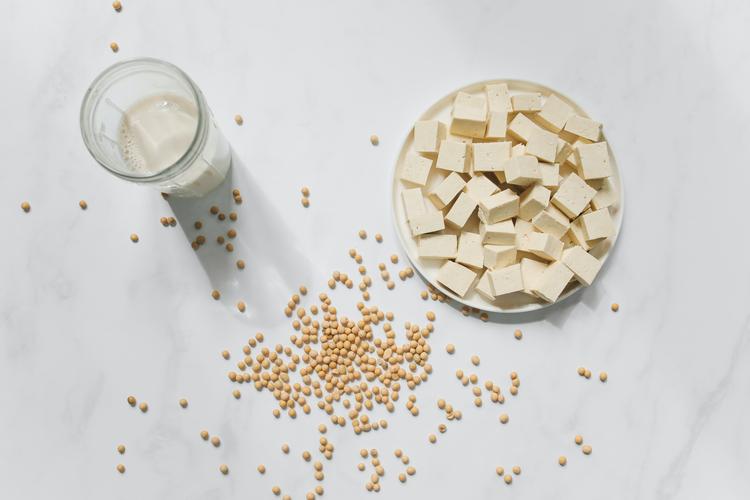 Listen to the latest podcasts, scroll through social media or have a stroll through the supermarket and you will see and hear the buzzword ‘soy’. Yet, despite it being so popular, and perhaps because of its popularity, soy continues to be a rather controversial health topic, particularly in its relation to breast cancer.  Many women want to include soy in their diet but still have questions such as: Does eating it increase breast cancer risk? Can women with certain breast cancer types have soy? Can breast cancer survivors have soy?  This article will sum up the latest research and hopefully settle all these concerns.

So, what is soy and why is there controversy surrounding it?

Originating in Asia and now grown globally, soy is a plant that is very versatile in how it can be consumed.  The beans of the plant are called soybeans and can be eaten just as they are-think edamame- or can be used to make commonly known soy foods such as soy milk, soy sauce, tempeh, miso and tofu. Where the controversy lies with soy is the isoflavones that they contain, when consumed in high amounts.  Isoflavones are plant estrogens known as phytoestrogens because of their similar structures and were previously thought to have certain characteristics similar to the human hormone, estrogen.  Several years ago, some studies had shown that estrogen in high levels increases breast cancer risk and so it was questioned whether isoflavones can act like estrogen and promote tumour growth.

What does the research say?

Since 1991, many studies have looked into the relationship between soy, isoflavones and breast cancer with the initial laboratory studies suggesting that breast cancer risk in rodents increases in those that were given soy isoflavone supplements (not actual soy food).  However, in recent years, there have been numerous large, human studies carried out in different populations around the world which have consistently shown that women who are regular soy consumers have lower risks of breast cancer compared to those who do not eat soy, particularly the women who started to consume soy in their early teens.  The results of some studies also seem to suggest that regular soy consumption helps to decrease the risk of breast cancer recurrence.

The largest studies investigating the protective benefit of soy have been in the Asian population which have generally shown that there is decreased risk of breast cancer in pre and post-menopausal women consuming more than 20mg of isoflavones daily (which is just under one portion of whole soyfood daily).  It is quite difficult for studies to reproduce these results in western women as soy consumption is not as frequent.  Further studies have also shown that the risk further decreases as the soy consumption increases.  Also, we now know that although phytoestrogens have a similar structure to female estrogen, they do not contain any actual estrogen.

Studies have also shown that it is safe for women with estrogen receptor positive breast cancer to consume soy foods.  Additionally, as most of the human research has been carried out on food, the general advice is to limit soy/isoflavone supplements as their impact on breast cancer risk/survivor is inconclusive.   The scientific community now agree that the controversy surrounding isoflavones and breast cancer risk has stemmed from findings in laboratory or animal studies that used pure isoflavone supplements or very high doses.  It is well known that animals metabolise isoflavone differently and much more efficiently in comparison to humans. Furthermore, pure isoflavone supplement should not be compared to isoflavone in whole foods as they are present in smaller amounts and are contained within a matrix of a range of biologically active molecules which may change the way they are metabolised when consumed in whole form.

In conclusion, there is now an abundance of evidence to confidently say that soy products are safe for consumption for everyone, whether you have breast cancer or not.  Soy foods can play a role in a healthy, well-balanced diet, although it is still recommended to avoid any supplement form.  If you like soy, I hope this article makes you feel confident in including it in your diet, regardless of your breast cancer history.  However if you’re not keen on them, then just skip them altogether!