Cancer and diet series: Part 3- Should we avoid dairy?

Part 3 of a 5-part cancer and nutrition series. Are the reports regarding dairy and increase cancer risk true? 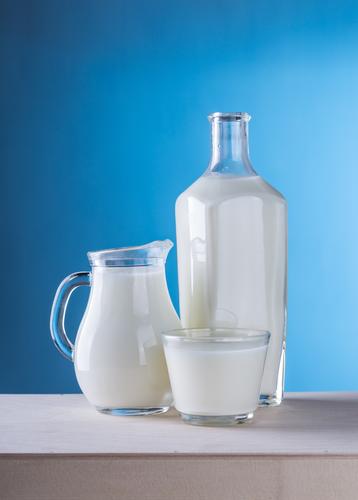 Over the last few years, there has been an increase in the uptake of alternative milks in the general population and when patients are diagnosed with cancer, many of them are choosing to reduce their dairy consumption based on things they may have heard in relation to dairy and cancer…but are there truly any links between cancer growth and dairy?

Firstly, how did the dairy debate kick off? This myth first started cropping up in the early 2000s when a patient with breast cancer claimed that her breast cancer stopped progressing due to removing dairy from her diet. She associated that a lower intake of dairy in China led to lower incidences of breast cancer in Chinese women compared to western women.  However, this association isn’t really rooted in scientific evidence and there are many other reasons to explain the lower incidence in Chinese women, not limited to: the lower level of alcohol consumption, the lower rate of obesity and the fact that Chinese women tend to get pregnant younger than western women - these are all known to reduce breast cancer risk.

And what does the evidence actually say? The majority of studies have shown that in relation to breast and colorectal cancer, dairy products likely decrease the risk of these cancers.  On the other hand, dairy (apart from whole-fat dairy) may increase the risk of prostate cancers, although the evidence remains inconclusive in relation to prostate cancer.

Another reason people say that dairy may contribute to cancer is because of a hormone called insulin like growth factor 1 (IGF-1) present in milk, However, we produce much more IGF-1 within our own body at much higher levels than the predicted dietary exposure of IGF-1 from high levels of dairy intake.  Furthermore, in some countries, farmers add a hormone called bovine somatotrophin to either increase the speed or the production of milk.  However, there is a ban on this practise in the UK and Europe, but it is important to note that this is not because there is evidence to suggest that this hormone is harmful to human health, but rather on animal welfare grounds.

Dairy is a very good source of protein and calcium and is often tolerated well in patients with cancer, thus also being an important source of calories. Restricting dairy in the face of a lack of evidence can often be more harmful to a patient with cancer, especially if patients are already finding it difficult to eat and drink and so it is not recommended.  If you do still want to make the switch to non-dairy milk, always aim for fortified non-dairy milk (fortified with iodine and calcium) and primarily try a soya-based milk as it has the most similar protein profile to dairy (unless it is contra-indicated for you to have soya i.e. interaction with medication, you have an allergy etc.) The other non-dairy milk alternatives are often very low in protein and are essentially just water.

In summary, when looking up nutrition and cancer online, be wary of the avalanche of misinformation out there. If you are struggling with your eating and drinking, do reach out and see how I can work with you and guide you to make well-informed choices.