PCOS diet myths that you need to stop believing NOW. 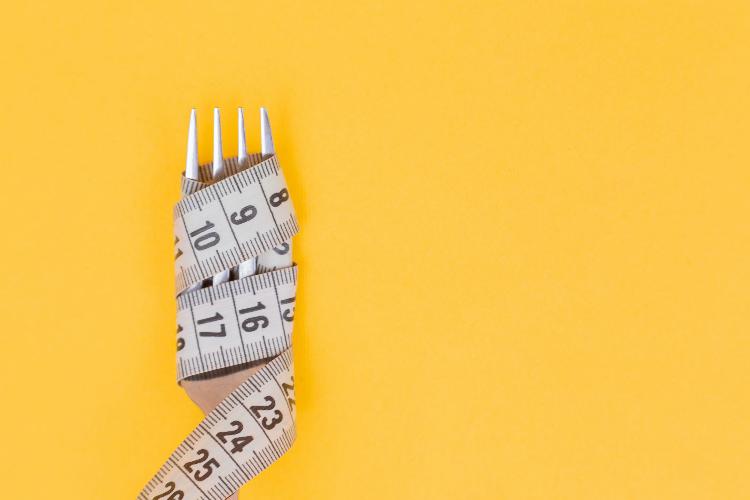 When it comes to diet and PCOS, there is a lot of misinformation and a lot of myths being perpetuated. In this article, we will go through the largest food groups that have caused the biggest controversies in the PCOS space and get to the bottom of what the science actually says.

Keto diets are a hot topic right now in the PCOS space.  Proponents of this diet claim that it helps to reduce blood sugar and insulin levels, reduces inflammation and promotes weight loss. You don’t need to count calories and can eat as much fat as you want…what’s not to love, right?! But, is there more than meets the eye when it comes to this diet?

Firstly, Let's establish what this diet is. It's an ultra-high fat, moderate protein and very low carbohydrate diet (around 5 percent of calories coming from carbs). This is in contrast to the dietary pattern that most people tend to have, with 50-60 percent of our calories usually coming from carbohydrate. In the medical field, it is a well-established diet used to treat children and more recently, adults with drug-resistant epilepsy.

So, what does the science say when it comes to PCOS? Simply put, whilst the keto diet may help to lower blood sugar levels because you have cut out carbs, PCOS is NOT just a condition of blood sugar imbalance. There is also inflammation, nutritional deficiencies, stress etc that all play a role in exacerbating symptoms. By removing carbs from your diet, you will be missing out on many minerals, vitamins and fibre (because carbs are not just bread, pasta, flour etc but also fruit, vegetables, beans pulses, chickpeas- all of which are beneficial for women with PCOS).

Therefore, based on both the scientific literature and my clinical experience, proponents of keto diets for PCOS pretty much overstate the benefits, especially when it comes to weight loss. Why? Firstly, when embarking on weight loss, you need to be in a calorie deficit which occurs when the energy we expend (by fuelling our organs, breathing, exercising etc) is greater than how much we are eating. Our body is then forced to use fat as fuel. If this calorie deficit is sustained over a period of time, you will lose weight.

When you embark on a keto diet you initially lose water weight which is not really you losing any fat. Whenever we eat carbohydrate, it is broken down to glucose which is immediately used by our body, particularly the brain. The glucose we don't need here and now is converted to glycogen and stored in the liver and muscles as fuel reserve. For every gram of glycogen we store, 3-4g of water is packed alongside it. Let's do the maths: we have the capacity to store on average around 500g of glycogen. Multiply that by 4. That's 2000g. So, you can expect the first 2 kg of your 'weight loss' to just be water.

Second, think about what you have to cut out to be in a keto diet. That Krispy Kreme doughnut you love? Can't have. Your favourite walkers crisps? Can't have. The chocolate fudge cake your colleague baked? You guessed right-can't have. This means that you are basically not snacking on all these high calorie foods, effectively creating a calorie deficit. Calorie deficit=weight loss.

A high fat diet also naturally suppresses your appetite, so that you are likely not able to manage big portions as you previously did. This, combined with restricting an entire good group leads to a calorie deficit and subsequently weight loss.

Interestingly, I have worked as a keto dietitian to use the diet as a tool at an epilepsy centre using the ketogenic diet to help improve patients' epilepsy. Some patients were quite underweight but by ensuring they were in a calorie surplus, I facilitated WEIGHT GAIN for them via the keto diet.

Gluten is another hot topic with some big social medica accounts blanket recommending that all women with PCOS should try to cut out gluten and see how they feel after 1 month. Many women with PCOS subsequently trial a gluten free diet for several reasons. Some try it to lose weight, others feel they are sensitive to it and others do it because they have read online that is may help to balance hormone better. So, let’s dive into these claims in a bit more detail.

First things first, what actually is gluten? It is a protein found in wheat, rye and barley which helps to give dough its elastic texture. There is a small subset of the population who do truly need to avoid gluten and they are the following groups:

1) Wheat allergy- some people are allergic to wheat and the consumption of wheat can lead to anaphylactic reactions due to gluten leading to the production of certain antibodies that cause inflammation after its ingestion.

2) People with coeliac disease- This is an autoimmune disease whereby your immune system destroys the villi of the small bowel, due to a negative reaction to gluten. If left untreated and undiagnosed, it can result in serious health problems such as nutrition deficiencies, osteoporosis, infertility and even certain cancers. It is diagnosed through blood testsand biopsies and you must be eating gluten daily insignificant amounts (i.e. at least two slices of bread daily) in order to get an accurate result.

3) Non-coeliac disease gluten sensitivity- There are a subset of people who after ingesting gluten-containing products, get symptoms such as bloating, diarrhoea, constipation, headaches etc. Their blood work and biopsies will be normal which means that they do not have coeliac disease but for some reason, do not react well to gluten-containing grains. This type of sensitivity does not lead to nutritional deficiencies as it does not damage the gut in the same way as coeliac disease. However, recent research suggests that it may not be gluten that is the culprit in a lot of these cases but instead, another component of gluten-containing grains called fructans may actually be responsible for these symptoms.

Make note- if anyone is trying to sell you a blood or hair test to give you an answer then run a mile- there are no validated tests for these blood tests and often, what they actually show are foods that you have eaten recently. Which is often why people get a long list of foods that need to cut out which they regularly have in their diet.

If you think you have a gluten sensitivity but have tested negative for coeliac disease, yet are still experiencing some symptoms, then here are some ways to test if you are indeed sensitive to gluten or whether it’s actually another component of food.

Some women actually feel better because when they cut out gluten, they tend to cut down on carbs in general. With PCOS, eating a lot of refined carbs or just really large carb portions can cause an initial blood sugar and insulin spike, followed by a crash which can make you feel not so good. So, try just reducing your carbs at meals to ¼ portion and experiment with smart snacking as described in chapter two. If you are adhering to the principles of a balanced diet and also smart snacks for at least 4-6 weeks and feel no different, then you may well be sensitive to gluten.

o, what is the deal with dairy and PCOS.? The reality is, is that some studies show that dairy can worsen acne in women who are prone to getting it but this is not the case across board. Anecdotally, (this means not based on any scientific evidence but rather on reports from women who have PCOS) some women find avoiding dairy can help clear up acne, help with weight loss, and they get more regular periods.

On the other hand, more studies show that women with PCOS can eat moderate amounts of dairy and still see improvements in metabolic and reproductive aspects when accompanied by other nutrition modifications like a low GI diet. In particular, full-fat dairy has been shown by studies to help improve ovulation in women with PCOS who are struggling with their fertility. This indicates that it is the overall diet that is key to leading to an improvement in PCOS as opposed to just cutting out dairy.

Dairy is also one of the main sources of iodine and calcium in our diet and often, a lot of women cut dairy out without having an appropriate substitute in place which can then go on to negatively affect fertility.

And there you have the most up-to-date information regarding diet and PCOS.  If you are struggling with knowing which food choices are better to help you manage your PCOS symptoms, then reach out to me via my contact page to get your FREE discovery call.